Biodiversity is the web of life; it encompasses the total variety of all living things on earth, including you. It can be measured on three levels, ecosystems, the species they contain and the genetic diversity within the species (WWF, 2018). Therefore, biodiversity includes an incredibly vast and diverse scale, from microscopic bacteria to ancient rainforests, vibrant fish species and the largest animal that has ever existed, the Blue Whale.

Considering the immensity of biodiversity, the number of species that potentially inhabit the earth has still not been definitively answered (Mora et al., 2011). However, in 2011 scientists estimated that 8.7 million species exist globally, of which 2.2 million are marine species (Mora et al., 2011). Currently, only 1.2 million species have been documented, this leaves 86% of existing species yet to be discovered in the natural world.

Why is biodiversity so important?

Biodiversity is not only vital to the health of the environment; it is intrinsic to humanity’s ability to continue to survive and thrive on earth. It underpins fundamental requirements necessary for human survival, like food security, oxygen production and availability of medicine.

The Commonwealth Scientific and Industrial Research Organisation (CSIRO) outlined five valuable functions that biodiversity provides humanity (CSIRO, 2014). Firstly, biodiversity enables the supply of oxygen, pollination of plants, recycling of nutrients in the soil and filtering of water supplies. These services provide humans with a healthy, functioning environment in which survival is possible. Secondly, biodiversity provides humans with abundant economic value, through the direct consumption and production of agriculture, raw materials and fisheries (CSIRO, 2014). Therefore, allowing many to directly benefit from the economic value system that biodiversity provides and enhance their livelihood. In 2018 the World Wildlife Fund (WWF) estimated that the economic value of services provided by nature to be worth approximately US $125 trillion annually.

Furthermore, the natural world holds significant recreational and cultural value that intrinsically impacts upon the well-being of many people; biodiversity provides many with an expression of identity, source of spirituality and solace (CSIRO, 2014). Finally, the scientific value of biodiversity is inimitable, allowing humanity to understand and appreciate the origin and complexity of life and how the human species evolved.

What is biodiversity loss?

Despite its irrefutable importance, biodiversity is currently under significant threat globally. Whilst extinction is a natural phenomenon, it is undeniable that human-induced habitat loss, degradation and destruction of ecosystems, overexploitation, changing fire regimes, introduced species and pollution are directly impacting the planet’s biodiversity and exponentially accelerating the disappearance of species (Elliot, 2012).

In 2018 the WWF “Living Planet Report,” stressed that the current extinction rate of species is 100 to 1000 times higher than the extinction rate before human-induced pressure in Earth’s history. Overall species population sizes have decreasing by 60% between 1970 and 2014, particularly in the tropics (WWF, 2018). Furthermore, aquatic ecosystems are particularly vulnerable, an 83% population decline has occurred in freshwater ecosystems since 1970, and approximately 6 billion tonnes of marine life have been extracted from the world’s oceans since 1950 for human consumption (WWF, 2018).

What’s being done to prevent this?

However, it’s not all doom and gloom. The fight for biodiversity is not over and its intrinsic value is being recognized and increasingly fought for through positive change  and pivotal action.

At the United Nations Conference on Environment and Development in Rio de Janeiro, Brazil 1992, the first ever global agreement on conservation and sustainable use  of biodiversity was established under the Convention on Biological Diversity. Over 175 countries have ratified the legally binding treaty that obligates nations to conserve biodiversity, use its components sustainably and equally share the benefits that arise from the use of genetic resources (The Convention on Biological Diversity, 2020). Furthermore, the United Nations Sustainable Development Goals (SDGs) provide a framework to ensure the longevity of all life on Earth; goals 14 and 15 in particular aim to manage, protect and restore sustainable use of terrestrial biodiversity and marine ecosystems.

The power of positive change has already reaped benefits for many species. For example, humpback whales that migrate along the east coast of Australia were severely hunted in the 1950s to 1960s, leaving the species incredibly vulnerable and on the brink of extinction (Noad et al., 2008). Since then, the species has been protected from commercial hunting, and consequently, the population size has dramatically increased and been restored (Noad et al., 2008). Humpback whales are now considered a species of “Least Concern” on the IUCN Red List of Threatened Species.

However, the need for systemic change is imminent. Take marine ecosystems, for example, more than 3 billion people source their incomes from marine and coastal biodiversity sectors however this vital resource is being significantly overexploited (WWF, 2018). Ensuring the sustainable management of fish stocks is essential to the livelihood and thrivability of many people globally.

The future of biodiversity is in our hands

It is undeniable that our health, society and economy are intrinsically linked to the continuation of biodiversity and the ecological services it provides, which are being threatened by the processes of global development (Elliot, 2012). Thus, the integral need for a practice that enables global development in a way that is viable for the protection and preservation of the environment. On a local and global scale, environmental conservation can no longer be a choice and act as a throwaway to economic growth and development; every individual is responsible for sparking change towards a more holistic, sustainability  future for all life.  Biodiversity is a crucial component to the future survival of humanity and must be protected and restored, only when biodiversity is at its most varied and prosperous can society really thrive with providence. Please visitTHRIVE Project for more information on how you can contribute towards the sustainable future of biodiversity. 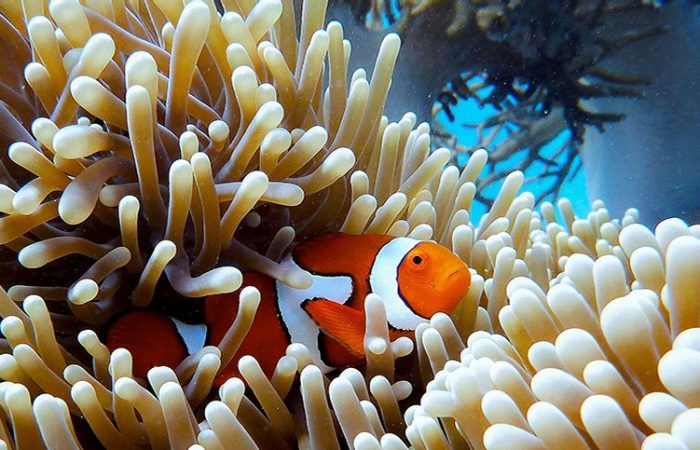 The Great Barrier Reef for all generations