Despite our continual pursuit of economic development, people are still suffering from hunger and extreme poverty in many parts of the world. The present development trend, which mainly perceives economic growth as progress, seems unsustainable. It fails to address several social and environmental problems such as inequality and resource exploitation.

Until now, economic growth is often promised to reduce inequality; yet a substantial gap between the rich and poor continues to widen.  Despite the significant increase in the size of the global economy over the past century, 10% of the world’s population still lives on less than $1.90 a day. The world is not on track to end extreme poverty by 2030. The global economy is now exceeding the sustainable carrying capacity of the planet. Climate change is perhaps the most well-known ecological challenge. Yet there is also biodiversity loss, resource depletion, pollution, deforestation, and a long list of other profoundly unsustainable impacts.

Many have questioned whether we should continuously pursue further economic growth, particularly in wealthy countries. “The Limits to Growth” book published in 1972 and its message were mostly ignored for decades, marking a turning point in thinking about economic development and sustainability.

Meanwhile, being critical of the current development trend, academics and researchers have been promoting ideas of  “Multi-capitalism“, “Post-capitalism” and “Steady State Economy“. Those ideas suggest limiting economic growth in wealthy nations to promote the fair and sustainable distribution of resources and investigate alternative measures of development other than the Gross domestic product (GDP). The overarching idea is to create economies where energy is used within ecological limits, and where the goal of maximizing GDP is replaced by the goal of maximizing quality of life.

Significant changes are required to create such economies through limiting growth in wealthy nations, including:

Gross domestic product (GDP), for example, the leading economic indicator of progress in use today is a good measure of economic activity. Yet it is a poor measure of well-being and quality of life. GDP centred measurements neglect the value of non-economic aspects of progress such as happiness and well-being. According to the report by Center for Advancement of the Steady State Economy, while economic output per capita has more than tripled in countries like the U.K. and U.S. since 1950, data from surveys of life satisfaction reveal that people have not become any happier.

A UK poll found out that 81% of people support the idea that the government’s primary objective for its citizens should be the “greatest happiness” rather than the “greatest wealth”. Similarly, an international survey found that three-quarters of respondents believe health, social, and environmental indicators are just as crucial as economic indicators and should be used to measure progress.

We need to develop a new system of indicators that go beyond GDP, taking into consideration the environment, the economic system, and human well-being, It will help us to reach the ultimate goal of sustainable development. Several initiatives around the world are investigating alternatives to GDP, such as the European Commission’s Beyond GDP initiative, the Human Development Index, the Happy Planet Index and the World Happiness Report.  Governments in many countries, such as France, the UK and Bhutan are working to find alternative ways of measuring progress. One example is the Happy Planet Index, which tries to measure the progress of countries by five key areas:  Happy Planet Index Score, Wellbeing, Ecological Footprint, Inequality and Life expectancy. The following picture shows the Happy Planet Index Score by countries.

While there is a belief that further growth in wealthy countries only serves to reduce the number of resources available to developing countries, limiting economic growth is very unwelcome in some perspective. It will surely challenge many commercial interests in growth. At the political level, reducing public spending might create lots of tensions and may disadvantage some interest groups. There are also arguments that the growth of advanced economies could benefit developing countries through technology transfer and international trade. Countries such as Singapore and South Korea, and later China and India have advanced rapidly because open global markets and high technological advancement in the West have allowed them to export their way to prosperity (Subramanian 2020).

Hence, to improve the political feasibility and success of limiting growth as well as to promote a better way to measure progress and sustainability, it is essential to engage with balanced ideas critically and better understand potential obstacles and develop effective strategies to address them. The THRIVE Project works to encourage discussion and raise awareness around topics in sustainable development. For more information, visit the THRIVE Project for those who want to make a positive contribution towards a prosperous future. 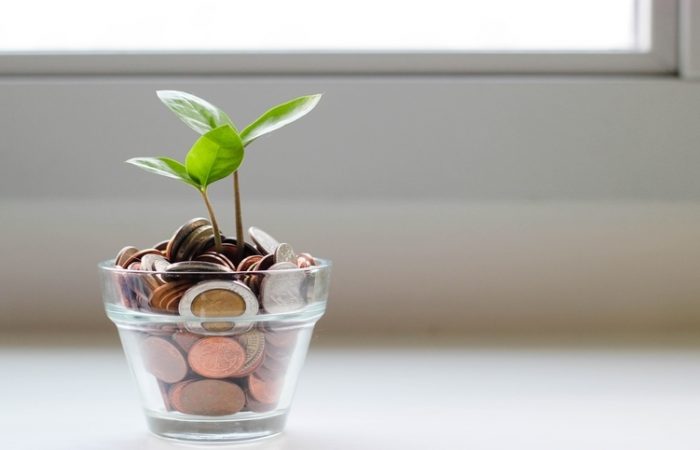